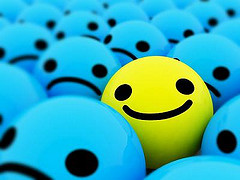 Today there’s a pile of snow ready to wage war with the suspension of my 10-year old Japanese car; the crisis in Egypt intensifies; and here in Canada ISPs are planning to move forward with a plan to implement metered Internet access (a.k.a. Usage Based Billing) with the co-operation of the Canadian Radio-television and Telecommunications Commission (CRTC).

I’ll make it to work fine and the snow will soon melt; Egypt is headed for a democratic future, certainly without President Hosni Mubarak whether he cares to acknowledge it or not; and I’m confident the concept of an open Web will prevail as Canadians mobilize against the rising threat of big telecom’s agenda to whittle away our Internet rights under the guise of trivial bandwidth and capacity concerns.

Yes I’m an optimist, even though I love a good dystopian science fiction thriller accompanied by a bitter Belgian ale.