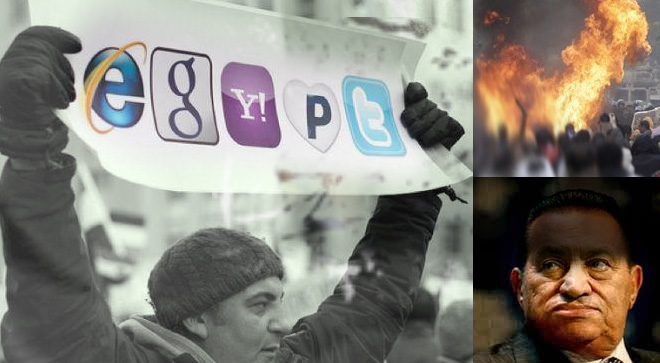 “Millions are in uproar in #Cairo. Rumor is they heard our new spring collection is now available online at http://bit.ly/KCairo -KC.”

Now really Mr. Cole, what were you thinking. Shamelessly plugging your clothing line through the ‘Cairo’ hashtag on Twitter—a topic obviously trending all week in light of the intensifying crisis in Egypt. Not such a bright idea.
To say this is an über social media blunder or a Twitter faux pas would be a gross understatement. This one Tweet, which has since been removed, will almost certainly tarnish the Kenneth Cole brand for the near future, perhaps even permanently. Quick show of hands: how many people still feel Toyota epitomize unparalleled quality in the auto industry? Five years from now will that number of hands rise, fall, or remain the same? In the digital age we all know these types of PR debacles have a troublesome knack for staying around long after the story has faded from the news aggregator leader boards and discussion threads thanks, in part, to the ruthless efficiency of Google’s search index algorithms.

Indeed, Kenneth Cole stand to lose millions in global revenues as customers (I would gather) become slightly weary of supporting a brand that appears to convey little to no regard for the current plight of the Egyptian people. Cairo has become a war zone of late with people literally dying in the streets for freedom, but we at Kenneth Cole want you to know all our shoes are on sale this week—and this week only. If anything else this story will endure as a cautionary example of the perils of navigating social media platforms, loose lips really do sink ships. If the social media community were to establish an annual award for the single most effective way to undermine a brand’s integrity, this particular story would clearly be champion. Past winners include (2008) the CEOs of GM, Chrysler, and Ford who flew private jets to Washington D.C. to ask for a bailout; (2009) Kanye West who stormed the VMAs stage during Taylor Swift’s speech for best female video. Such career limiting acts of incompetence become magnified in the age of social media where transparency, authenticity, and most importantly honesty, reign supreme as the currencies of brand equity. 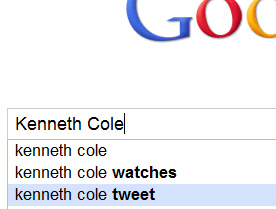 The other side of this story I find particularly bothersome are the blokes who feel compelled to fan the flame of insensitivity and have a good laugh. I am afraid the individual who created @KennethColePR is just as guilty as Kenneth Cole, considering the gravity of the situation in Cairo and in other regions. This isn’t the slightest bit funny to me, not even in the context of a parody Twitter account. While people are suffering in Egypt witness insensitive Twitter users like @KennethColePR (clearly with way too much time on his or her hands) create parody accounts attempting to mock Kenneth Cole with a crude array of distasteful Tweets. Tweets, for example, joking about the New Orleans flooding victims or cyclone Yasi which recently devastated parts of northeastern Australia. We get it, but how is this abrasive rhetoric any different from the original Kenneth Cole Tweet?

Let’s also consider @KennethColePR‘s Twitter background while thinking about those first few joke tweets in context to what’s transpired in Egypt this past week. The words extreme bad taste and moron come to mind. Is this what social media has become—an outlet for juvenile digital mudslinging among adults? How far off is this from the more intense teen cyberbullying so prevalent on Facebook?

I suppose the silver lining here is that apparently @KennethColePR has offered the Twitter handle to @KennethCole (the real Kenneth Cole account) for a charitable donation. Now, @KennethColePR why not create a new Twitter account exclusively for Egypt Aid rather than continue to ridicule Kenneth Cole and his brand.